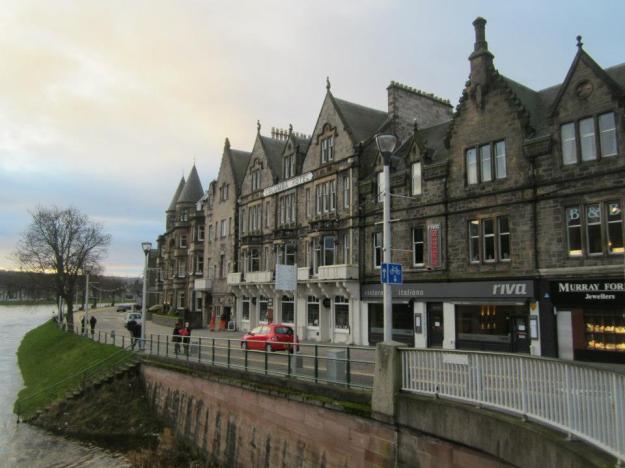 Inverness is a really charming, smaller town. It is cute, it was cold, and it is built with a river running through it. William and I arrived in the evening during sunset so that started us off with a pretty good impression of the place. However, since it is small there is not as much to do. We chose it solely because of its location next to Loch Ness. I will be listing how we spent our time in Inverness, how much things cost, and about how much time to delegate there.

And that’s pretty much it. One full day in Inverness/Dores was enough to see what I wanted to see. If you like to travel at a more relaxing pace though, another day definitely would not hurt. Also, I’d like to highly recommend the Bed and Breakfast we stayed at – The Quaich. The rooms were nice, the host was kind, and the breakfast was so yummy. It really added to our pleasant Inverness experience.

If I were to go back to this area, I’d specifically want to either:

In continuation with last week’s post, I am reviewing what activities we were involved in when we visited the last 2 islands of our Hawaii trip.

Molokai is a more secluded and less visited island. My recommendation is if you really want to get away from it all, to come here instead of Lanai. I discussed Lanai last week, but Molokai actually has beaches, lots of beauty, and lots of hikes available. It is also more affordable than Lanai.

Kauai is known as the garden island, and is my favorite one hands down! Just on one island, you go from beaches to jungle to desert canyons. We had the best food here, and we participated in the craziest activities here. This is how much time we delegated to each island:

As mentioned earlier, Kauai was my favorite island. If you were to choose any of the islands, I recommend this one the most. I think William would agree as well. If I ever got the chance to go back, I think I would simply want to:

I’d like to spend more time on the Na Pali coast, but with it either being expensive or tiring to reach, I don’t know if I would do it a 2nd time. I probably would book a different kind of boat tour if I had the money to.

If I went back to Molokai, I’d like to:

That’s a wrap on our trip to Hawaii. I’m sure we will be back someday since William asks to return on a weekly basis.

Hawaii is a big place. William and I went on a 2 week trip covering 4 islands. Therefore, I decided to break this trip into two recap posts – covering 2 islands each instead of one giant Hawaii post.

My sister (once again) had requested a Hawaii post for her friend who is planning a trip there. I hope this helps, and please feel free to comment or contact me with any questions!

William and I flew in July 1st, 2014. We arrived in Maui in Kahului on the east side of the island. I have our basic schedule below to see how much time we delegated for each island.

July 2nd – transferred to west side of island in Lahaina, Maui

As you can see, I gave Maui a lot more time. It is a much bigger, more populated island with a lot more to see and do. In fact, I did not care for Lanai that much in general and would recommend skipping it unless you REALLY want to get away from it all. 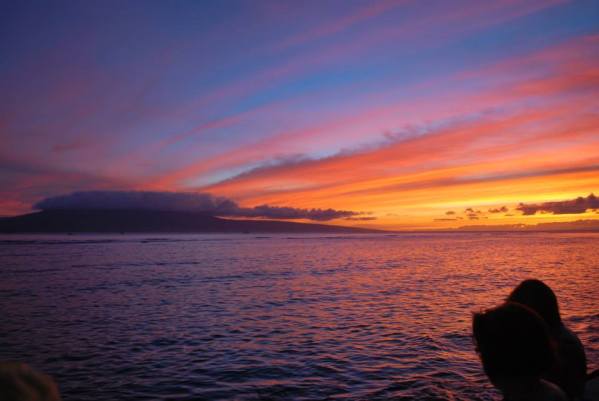 The Shops at Wailea – Free

Garden of the Gods – Free

As you can tell, I was not that impressed with Lanai. Due to its remoteness too, everything is SO expensive! The food is expensive. Rental cars are expensive, and the gas for them is insane. I wasn’t impressed with Lanai City, so really I didn’t care about anything on the island. If I ever came back, all I would do is:

If I went back to Maui, I’d be interested in:

I’m biased though. Since William proposed to me at Haleakala, it and all of Maui will always be pretty special for us.

Similar to my Recap post on Edinburgh, I will be listing attractions in the area we visited in order (2013), along with my overall thoughts, cost (as of 2017), and about how much time we put aside for each one.

William and I only spent one night in Cardiff. We arrived earlier in the day by train, and spent the day exploring the capital. To be honest, I wasn’t that impressed with Cardiff and felt like that was plenty of time to see the main sights. From what I’ve read and heard though, getting outside of the big cities is the key to seeing some of the best of what Wales has to offer. The next day, we took a day trip to some nearby towns with castles and found this to be the case.

Unfortunately, that was all the time we had in Wales. We had to take the bus back to Cardiff to get to the train station after Caerphilly. If I had the chance to go back to Cardiff, I’d be most interested in going back to a couple of places I’ve already seen to an extent. They are:

Realistically though, if I go back to Wales, I’ll be spending my time in the north part of the country around Snowdonia National Park. It will probably require me transferring in or out of Cardiff at one point, so we will just have to see how much time is available! I definitely feel like the land of greenery and sheep has more to offer me.

I’ve had a recent request about what to do in Edinburgh from my sister on behalf of her good friend, Leeann. I’ve put together the attractions we visited in order on our trip (2013), along with my overall review, cost (as of 2017), and about how much time we designated for each one.

We took a 4 hour bus ride to Edinburgh from Inverness on a Thursday. We arrived around noon, got checked in, and then took a public bus to get to the main part of the city.

We spent a full day and a half in Edinburgh, but I probably could have easily spent at least another full day here. If I were to go back, some attractions I’m interested in checking out are:

If you have any other advice/tips on traveling in Edinburgh, please share with me! I hope that anyone traveling to the area finds this helpful. Have a great trip Leeann!

I get lost a lot in foreign countries. I love to dance. I like to do basic math in my spare time. I am a planner. ENFJ. I am a great wife sometimes. I probably sleep too much. I have a heart for teaching. Mostly I dream about my future travels.

My hope is to share my stories, advice, hopes, ideas and thoughts on traveling to you, and that it makes a difference for you. No matter how small of one.
%d bloggers like this: